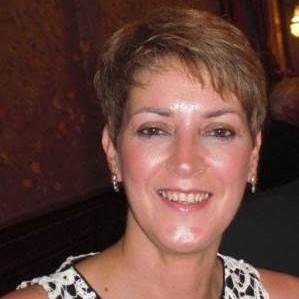 Ruth Peachment is an Occupational Therapy Clinical Specialist at the National Spinal Injuries Centre (NSIC) at Stoke Mandeville Hospital in Aylesbury, and has worked here for the last 27 years.

During this time, she has worked on the acute wards, mainstream rehabilitation, as a member of the interdisciplinary team in the Spinal Out Patients Department, and more recently, in the spinal cord injured children and adolescent unit.

Ruth has a Masters Degree in Design Research for Disability, and has also worked for a design charity, alongside designers and engineers, specialising in the design and manufacture of bespoke items for children with disabilities.

Her current role at the NSIC involves development of services within the Spinal Centre, as well as introducing new innovations, identifying areas of clinical research and working on specialist clinical projects such as: upper limb management in spinal cord injury; activity based restorative therapies (including investigation into the use of exoskeletons, robotics); management of focal spasticity in spinal cord injury, particularly in the upper limb.

Ruth was recognised for her work in the field of spinal cord injury when she was awarded the Regain Award for Outstanding Services to Tetraplegia in 2010. She was also nominated at the Spinal Injuries Association (SIA) Women in Spinal Cord Injury Awards in 2013, and the Rebuilding Lives Awards in 2014. She won the SIA Award for Health and Well-Being in 2015, and a Journal of Wound Management Award in 2015 for her work on oedema management in spinal cord injury.

In 2015, Ruth worked as the Medical Advisor on the Metro Goldwyn Meyer/Warner Brothers film titled ‘Me Before You’ which is an adaptation of the book by Jojo Moyes, about a young man with tetraplegia. – This was released in 2016.

Ruth was also appointed onto the Invention for Innovation Panel with the National Institute for Health Research in 2015, and is also on the Panel for the Inspire Foundation National Scientific Committee.